↓ Skip to Main Content
Home › Find out more › The Queen of Games: a brief history

The Queen of Games: a brief history 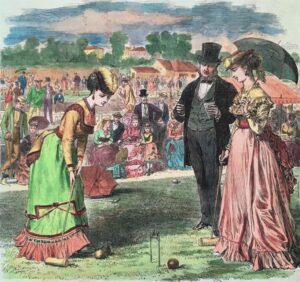 Croquet seems to have reached England in the early 1850’s, probably from Ireland. It enjoyed a surge of popularity in the 1860’s, as women embraced an outdoor game they could play on equal terms, and both women and men discovered the joys of meeting the opposite sex without the intrusions of a chaperone.

By the 1870’s, croquet garden parties were all the rage; the All England Croquet Club had been formed and laws agreed; and croquet tournaments had become an established feature of the summer. 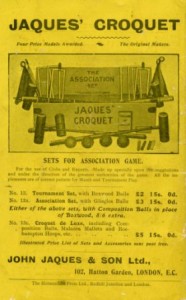 The new craze of lawn tennis then became the latest fashion, but croquet staged a magnificent revival in late Victorian and Edwardian times, with the game well established as a spectator sport and the national papers publishing regular match reports.  Croquet was even included in the 1900 Paris Olympics. 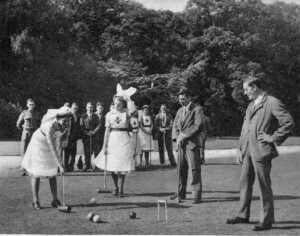 The game made a distinctive contribution during both world wars despite the challenges of bomb damage and shortages of equipment.  As well as raising very large sums for war relief, it proved ideal for convalescing servicemen in field hospitals and as recreation for war workers.

International matches were first staged in 1925 and continue to this day, with home internationals against Scotland and Ireland, and Test Matches between England, Australia, New Zealand and the USA 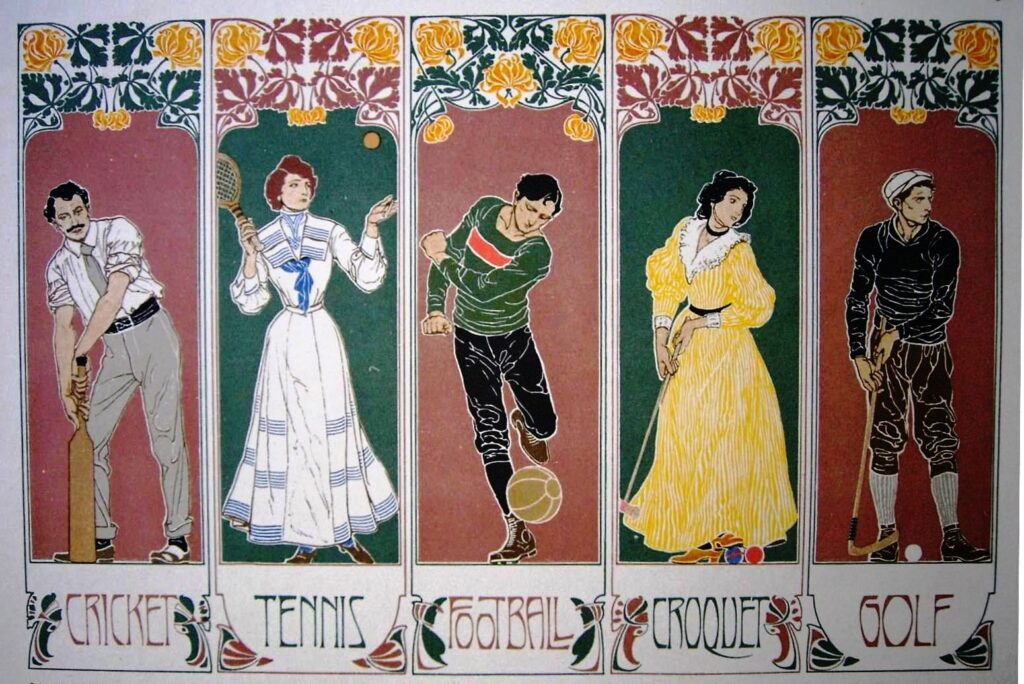 Now croquet is enjoying another wave of interest as a socially distanced, sociable and absorbing outdoor pursuit.  There are 160 registered clubs across the country, some playing Association Croquet, some Golf Croquet, and some both.  Croquet remains a minority pursuit, but delights its devotees as one of the few remaining sports with a well-established code of honour, no professional players, and – wherever the game may take you – the pleasures of good companionship and a warm welcome.